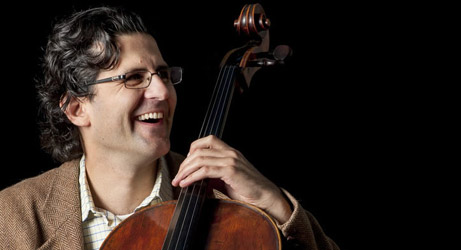 The pieces in this concert connect us to American music and our shared national history. American Herbert and Czeck Dvořák were colleagues at New York’s National Conservatory in the early 1890s and influenced one another as Dvořák sought to grasp the essence of American folk music.

“Peled has a glowing tone, a seductive timbre, and an emotionally pointed approach to phrasing that makes you want to hear him again” —The New York Times

Join us in the concert hall at 7pm for a Pre-Concert Chat with Darko!

Tickets: $36, $44, $52, $60
Senior Discount: $5 off any ticket
Student/Youth Discount: $25 flat cost for Bronze, Silver, and Gold seats
Student Rush: 30 minutes before the performance, any remaining tickets are $10 each. Student ID required

This event is sponsored by